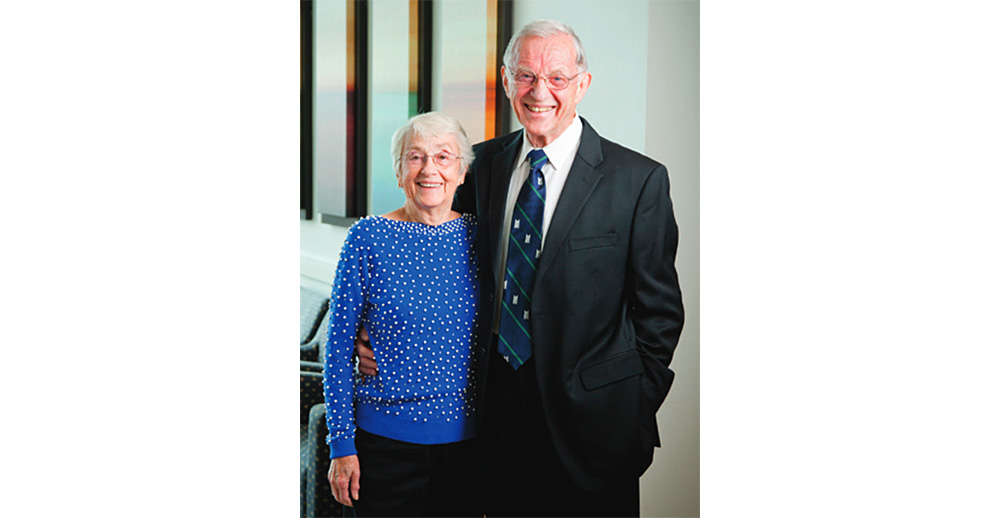 Bud Dudley remembers that as graduate students at Duke, both he and Mary needed to work to make ends meet. He worked six days a week, logging specimens for pathology residents, usually from 10 p.m. to 1 a.m. “It did compromise my ability to listen to lectures and study and read without falling asleep,” he says. That’s one of the reasons he and Mary started an endowment—The Dudley Family Academic Scholarship Fund— to provide merit scholarships for medical students. “We wanted to eliminate that problem for a student, and we wanted to attract to Duke some of the best minds,” Dudley says.

The Dudleys’ own experience with the tax consequences of inheritance influenced their planning of the endowment. A family member died in 2008 and left $50,000 from his Individual Retirement Account (IRA) to each of five individuals. Because assets in an IRA given by a decedent to family members or other individuals are subject to both estate and income tax, the estate paid significant estate taxes (the federal estate tax exemption was much smaller in 2008 than it is today), and the individuals were liable for income tax at their highest bracket when they began to withdraw funds from their IRAs. Bud and Mary, who was the beneficiary of one of the IRAs, were deeply upset that the intentions of the decedent were not achieved, and they vowed to avoid such a problem in their own estate plans.

Dudley and his current wife, Gretchen Link (his childhood sweetheart), recently made new commitments to add to the endowment, including a bequest commitment of their IRAs. By giving the IRAs to Duke, which is exempt from taxes, they were able to make larger gifts than they thought possible. “We realized there would be much more purchasing power if we gave these IRAs to Duke,” Dudley says. Their goal is to build the endowment so that it will provide two full scholarships. If the Dudleys had designated family members or other individuals as beneficiaries of the IRAs, the gifts to them would have been subject to both federal estate and income tax.

You can make a planned gift to benefit the doctors at Duke who have cared for you the most. To learn more, please visit the Duke Medicine Giving website or contact Joe W. Tynan, JD, Senior Executive Director of Gift Planning, joseph.tynan@duke.edu or (919) 385-3114.