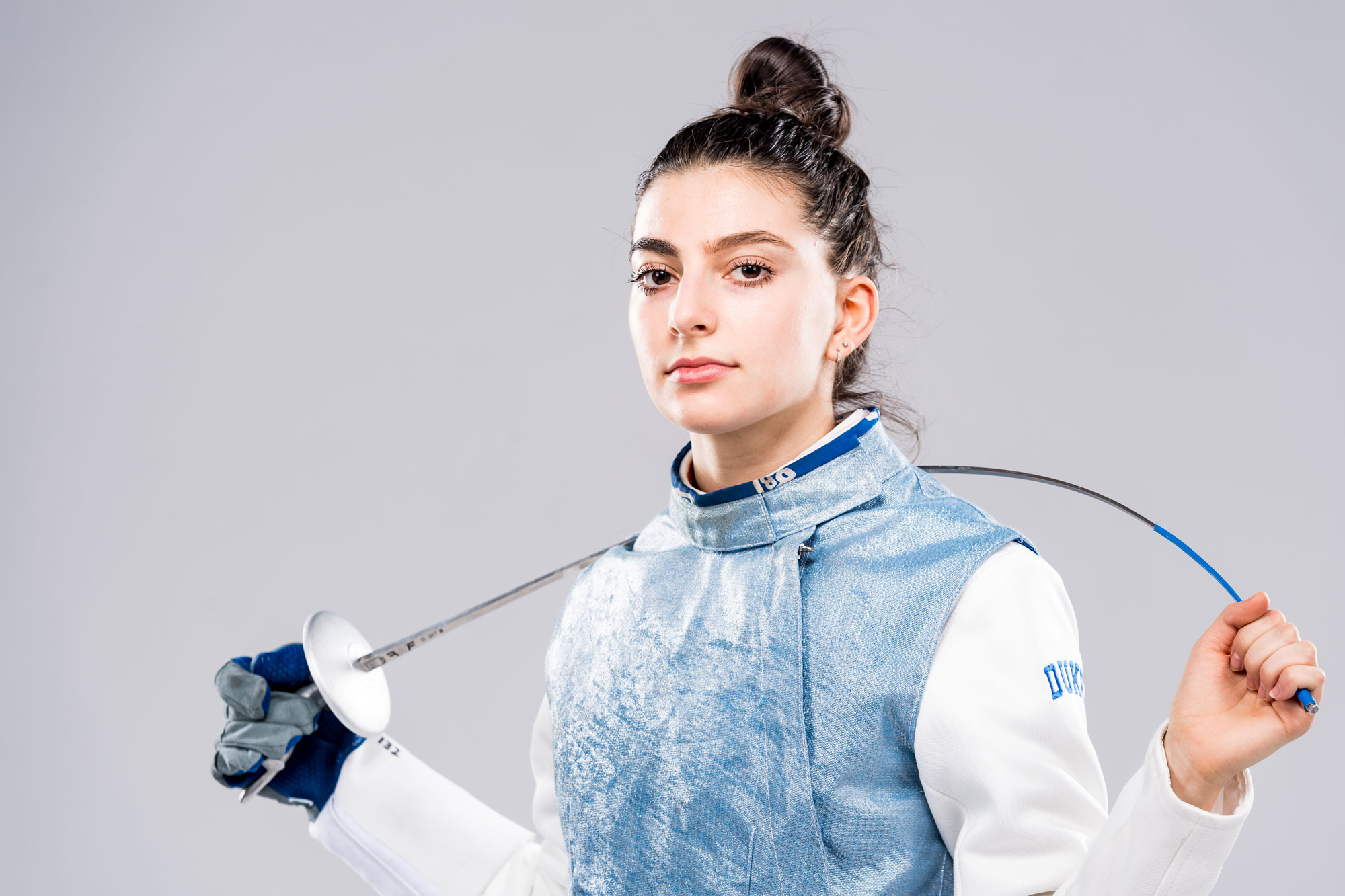 When the global pandemic brought a swift and sudden end to the 2020 spring athletics season, one alumnus wondered if there was anything he could do to help lessen the blow. Matt Andresen, a Duke University alumnus and member of the men’s fencing team who competed in epee from 1989-93, was already concerned about the effect of COVID-19 on the university, but he was especially concerned about how this experience would affect its student-athletes.

“When the world shut down, it did not take much imagination to realize that this was going to have a profound impact on the student experience and with student-athletes,” Andresen said. “Those are the times where you’re needed. People have to step up. I’m not the only one, but I felt certainly an obligation to be one of those people.”

Andresen’s $6 million gift to Duke Athletics will support a wide range of athletics programs and provide essential funding for daily operations that were impacted due to COVID-19. The gift also establishes a new endowment named in honor of Claudius Barrett “C.B.” Claiborne, the first Black student-athlete to play men’s basketball at Duke. Both priorities are front and center for the university as it seeks simultaneously to battle the coronavirus and to launch a bold slate of anti-racism efforts.

“Matt’s generosity benefits Duke Athletics in a number of ways,” said Kevin White, vice president and director of athletics at Duke. “As a former student-athlete, he is truly a role model and exemplar, and this particular gift touches areas across the entire Duke Athletics program.”

A Boost for Student-Athletes

The impact of COVID-19 on college athletics was wide-ranging. In summer 2020, the Atlantic Coast Conference (ACC) announced that football and several fall Olympic sports, including field hockey, volleyball, and women’s and men’s soccer, would continue to play a conference schedule under enhanced safety and health protocols, but canceled fall competitions for the remaining teams. Today, with the uncertainty surrounding NCAA collegiate competition, it continues to be difficult for student-athletes to know if they will be allowed to play and whether spectators – even their parents – may watch.

Andresen’s gift ensures that student-athletes, regardless of whether they are competing or not, can still receive the support they need.

“Without a doubt, the highest priority, by far, is the health and safety of the student-athletes,” said White. “However, the life lessons learned via collegiate athletics do not stop simply if games are not played. Putting a supreme emphasis on behavioral health and well-being is non-negotiable, especially within this particularly challenging time.”

Julia Gianneschi, senior and co-captain of Duke women’s fencing team, recognizes the uplifting effect of Andresen’s gift on the athletic program and how it boosts equity for women.

“Student-athletes are still practicing the same amount and putting in the same effort considering everything that’s going on,” said Gianneschi. “That’s something that we would love to be recognized and celebrated, so this gift means the world to us.”

Duke student-athletes and staff undergo regular COVID-19 testing and reporting, and maintain rigorous safety protocols during practices and competitions. In addition to new social distancing modifications, Duke Fencing student-athletes wear personal protective equipment underneath their fencing masks. Attendance at athletic events are limited only to the team, a small number of media and essential personnel. There are no spectators.

At a time when student life seems far from the norm, support from within the Duke community holds special meaning.

“Matt has been a constant and steady supporter of Duke and Duke Athletics in the years since his graduation,” said Duke Fencing coach Alex Beguinet. “It is no surprise to me that as we all live through unprecedented challenges in being able to continue doing what we do in Duke Athletics, that Matt would come forward with this gift of support. I am inordinately proud of him for this gift and proud to count him as one of our fencing family.”

Honoring a Pioneer and Working for Equity

“He could have gone anywhere, but he came to Duke and he did it with this incredible quiet dignity,” said Andresen. “I feel that in everything about him, and that seemed worthy of honor.”

The gift will provide enduring support for the Duke men’s basketball program, scholarships and operational needs.

Upon learning of the named honor, Claiborne remarked: “Matt is tremendous for supporting Duke Athletics in this way.”

The two initially connected over basketball; Andresen is a lifelong ACC basketball fan. They shared an even greater point of connection in recognizing the integration of Duke as a pivotal point in Duke’s history.

“We talked about acceptance, what it was like to be there during those times, and what the legacy is like now,” said Claiborne. “Duke has done a wonderful job of understanding and integrating the legacy of Black students at Duke. It started with Duke’s acceptance of Black students there, and Duke’s willingness to integrate that into the Duke experience.”

For many Duke alumni and affiliates, their connection to the university is personal. Andresen finds that, for him, it always circles back to athletics.

“I think the best university is one in which you have that kind of cross-current of ideas across disciplines,” said Andresen. Sports is an excellent way to foster that connection for the alumni community and student body, and it’s a virtuous cycle that really helps make Duke, Duke.”

Andresen’s gift will also endow “The Andresen Family All-American Circle,” an outdoor recognition display to honor every former and future All-American student-athlete at Duke. The circle serves to inspire students and the Duke community to pursue athletic ambitions and excellence. It will be located between Cameron Indoor Stadium and the Scott Family Athletics Performance Center. New names will be added as athletes are honored.

A native of Chapel Hill, North Carolina, Andresen held a fencing career record of 122-25 and was Duke’s first All-American fencer, one of only 14 student-athletes in the university’s history to be recognized each of their four years in that way. During his time at Duke, he achieved four top-10 finishes, including a career-best in his first year at Duke in 1989: fourth-place in men’s epee. He achieved another career-best his sophomore year with 39 wins in 1990. He took a gap year between his sophomore and junior year for full-time training in France.

Upon graduation, he moved to New York to train and prepare for the World Junior Championships as a two-time member of Team USA, competing in Greece (1989) and Austria (1990). In recognition of his achievements, Andresen was inducted into the 2013 class of Duke’s Athletics Hall of Fame.

Today, Andresen is the founder and CEO of Headlands Technologies in Chicago. He and his wife, Teresa, live in Austin, Texas, and have four children.