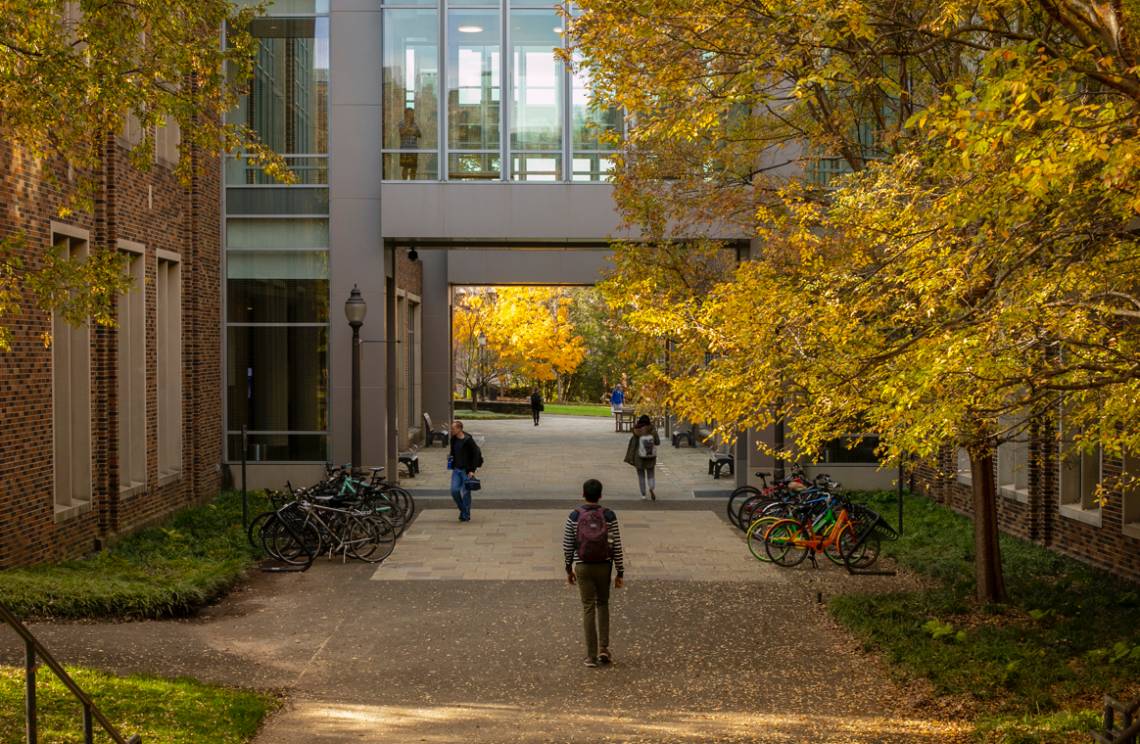 A four decade-long relationship with a foundation has led to a historic distribution of $261 million to Duke University that will support science and technology education and research at the Pratt School of Engineering as well as financial aid for undergraduate students.

The recent sale of LORD Corporation, a privately-owned global manufacturing company based in Cary, N.C., has triggered the distribution of more than $1 billion to foundations that support Duke and three other institutions, which will share equally in the proceeds of the sale.

With the acquisition of LORD Corporation by Parker Hannifin Corporation for $3.675 billion, the four foundations each received a distribution of the proceeds that will be used for education and research in science and technology, and related purposes.

“The Lord Foundation’s exceptional support for Duke will transform our efforts to address the world’s most intractable problems,” said Duke President Vincent E. Price. “From the foundation’s earliest investments in our Pratt School of Engineering to this truly visionary distribution, Tom Lord has left a lasting legacy on Duke’s campus, one that will continue to improve the lives of our students, faculty, staff and those who benefit from their work, for many decades to come.”

Duke’s $261 million distribution has been designated for the university’s endowment to provide a permanent source of support. It will be the largest single outside contribution to the fund since the founding of the university in 1924. The resulting income from that endowment will be allocated to several strategic priorities: financial aid for Duke undergraduate students, interim funding while private philanthropy is sought for the new Pratt School of Engineering building under construction on West Campus, new unrestricted support for programs and initiatives at the Pratt School, and continuing the ongoing annual contributions that had come from the Lord Foundation, also to the Pratt School.

“This is a transformative moment for Duke, for the Pratt School of Engineering and for generations of students to come,” said Ravi V. Bellamkonda, Vinik Dean of Engineering. “In addition to expanding access to Duke’s world-class education, the Lord contribution will provide a powerful boost to engineering research and our ambitious vision for reimagining engineering education. By leveraging this investment to cultivate future engineering leaders and fuel cross-campus research initiatives in health, computing, new materials and environmental resilience, Duke will accelerate its leadership in engineering, science and technology on a national and international scale.”

Since its creation in 1984, the Lord Foundation of North Carolina has contributed nearly $47 million toward the Pratt School’s education and research initiatives. Its most recent awards of approximately $1.5 million a year have supported Duke Engineering’s efforts to transform undergraduate education by immersing students in real-world design projects from their first year, providing extensive research and entrepreneurship opportunities, and introducing co-curricular programs focused on ethical engineering and personal resilience.

The foundation has also supported recruitment of new faculty in high-impact research areas ranging from quantum computing to genomics to materials science, contributing to a 30 percent increase in the school’s faculty and a 116 percent increase in research expenditures over the past decade. In 2019, Duke Engineering posted $96 million in new research awards and its highest national rankings in biomedical engineering, environmental engineering and other fields.

More stories about the history of the Lord Foundation’s support of research and scholarship at Duke University: