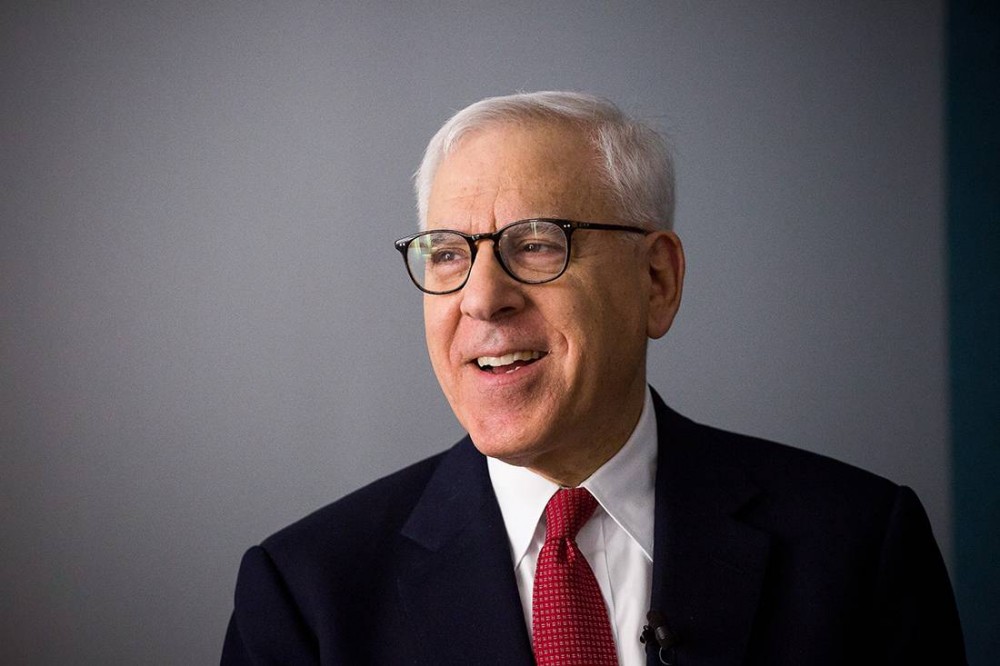 When David Rubenstein enrolled at Duke University in the late 1960s, he was the first member of his family to attend college. He was also the recipient of financial aid that made it possible for him to do so.

Now chair of the university’s Board of Trustees, Rubenstein has made a $20 million gift to endow a year-old scholarship program for exceptional first-generation, low-income students. What will now be known as the David M. Rubenstein Scholars Program provides rigorous academic experiences, personal enrichment and professional development — and covers the full cost of a Duke education

“As a student at Duke, David Rubenstein learned the difference a scholarship could make to open the door to a great education,” said Duke University President Richard H. Brodhead.  “As chair of Duke’s Board of Trustees, David has shown his deep understanding of the importance of access to higher education.  Great universities must seek out and welcome talented students regardless of their family’s prior educational experience or ability to pay. David’s extraordinary gift makes it possible for Duke to fulfill our commitment to this ideal.”

The Rubenstein Scholars Program began this year as the Washington Duke Scholars Program, named for the patriarch of the Duke family whose initial philanthropy created the university.  Thirty undergraduates are enrolled in the initial class. In addition to a loan-free scholarship award for four years, the program includes initiatives designed to promote student success, such as a summer academic experience to help students transition to college. Extensive faculty and peer mentoring and programming are provided to support both personal and professional development across all four years at Duke.

The program is part of a trend among selective universities across the country and in North Carolina to support the most diverse, dynamic and broadly talented pools of students and ensure they have access to all of the benefits of higher education.

“I am honored to be able to support annually in this way a group of Duke students who, like me, are the first in their family to attend college,” said Rubenstein, a 1970 magna cum laude graduate of Duke, where he was elected Phi Beta Kappa. “First-generation students provide valued diversity and talents to universities like Duke, but some of these students may need some help in transitioning to environments which can be far different than what they have known. I know that I certainly could have benefitted from such help. I am pleased that others in my situation will now, and in the future, be able to get this type of support at Duke.”

The program plans to add 60 new scholars each year until it reaches a total of 240. As with other scholarship programs at Duke, high school students do not apply to become Rubenstein Scholars. Instead, the university identifies candidates from its pool of accepted applicants based on multiple factors, including academic achievement and individual potential, family income, the education level of a student’s parents and the level of resources available at the student’s high school. Students receive an invitation to the program when they receive a letter of acceptance to Duke.

Students offered entry to the program have met the same admissions criteria as the rest of the incoming class. About 10 percent of Duke’s roughly 6,450 undergraduates are first-generation college students.

”These students are as talented and have as much potential as any student attending Duke,” said Steve Nowicki, dean and vice provost for undergraduate education. “Through this scholarship program, we can ensure they take advantage of all that Duke has to offer and fully unlock that potential.”

Rubenstein, who will deliver Duke’s commencement address this May, is a noted philanthropist and financier. He is a co-founder and co-CEO of The Carlyle Group, one of the world’s largest private equity firms.

He also has become one of the nation’s leading and most innovative philanthropists. He was among the initial 40 individuals who pledged to donate more than half of their wealth to philanthropic causes or charities as part of The Giving Pledge.

His gifts in his home city of Washington, D.C., have helped to restore Mount Vernon, the Kennedy Center and the Lincoln Memorial. He gave funds to repair the Washington Monument after a 2011 earthquake, and he purchased the last private copy of the Magna Carta, along with other significant documents of national importance, and made these available on permanent exhibition in a new gallery and visitor center he made possible at the National Archives.

He has been a generous donor to Duke, supporting the Sanford School of Public Policy, the Duke Libraries, the Innovation and Entrepreneurship Initiative, Jewish Life at Duke, the arts, financial aid and athletics, as well as other activities. He also has served as co-chair of the $3.25 billion Duke Forward fundraising campaign.

Rubenstein, a native of Baltimore, has been a member of the Duke Board of Trustees since 2005, and has served as chair since 2013. His tenure as trustee and chair conclude this June.