5 things to consider when starting your own company 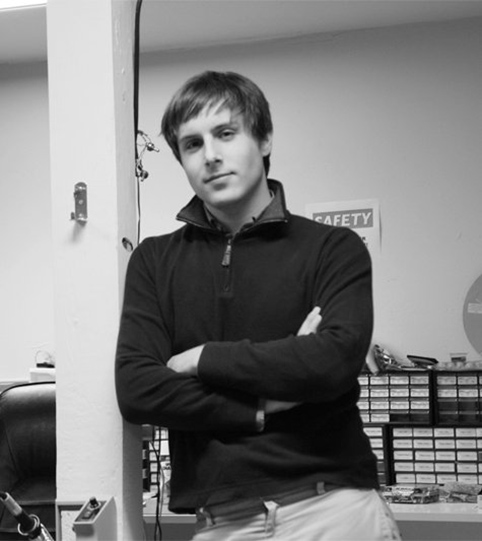 Tips from entrepreneur Max Hodak B.S.E.’12, who dropped out of Duke to start a company in Silicon Valley, came back to graduate two years later — and now runs his second startup.

After Max Hodak B.S.E.’12 finished his sophomore year at Duke, he dropped out and moved to California to pursue an idea for a company that had been percolating since his freshman days. The result was MyFit, which developed analytical tools to help students and universities identify the best potential fit.

His eye-opening detour through Silicon Valley lasted two years as he learned on the fly how to set up and manage a company. Hodak sold MyFit in 2010 (the name was scrapped shortly after) and returned to the Pratt School of Engineering, where he devoted research time to brain-machine interfacing and neural engineering—but with an eye toward his next venture.

Hodak’s main project now is Transcriptic, which he describes as “cloud computing for biology,” a service to make the lab process easier and cheaper. Clients upload their experiment protocols to the Transcriptic site. The company does the rest–execute the experiment, and send back the data.

“I’ve been programming since I was six or seven and suffer from the constant delusion that anything I can think of, I can make happen,” Hodak said. “I believe that better tools will enable better research, and in turn create a faster pace of innovation, and that this is critical to the future of science.”

Hodak will be a panelist at one of the sessions for Duke Forward in San Francisco on March 23 addressing questions related to entrepreneurship and creative thinking. The session will be moderated by Eric Toone, director of the Innovation and Entrepreneurship Initiative, and the Anne T. and Robert M. Bass Professor of Chemistry and professor of biochemistry. The San Francisco stop is part of a special series of events for Duke supporters to connect and engage as they celebrate the university’s extraordinary past and exciting future following the launch of the Duke Forward campaign.

1. Don’t raise too much, too early.  Too much professional money poured into a startup that’s not ready will kill the company. If you’re not ready to grow fast, venture capital money can be toxic. Startup companies can’t promise realistic deadlines–which they’ll be held accountable for, regardless–and the pressure of having a professional board of directors will quickly change the culture of the company if the company doesn’t have a strong enough culture of its own yet.

2. If you’re having a really hard time fundraising, seriously consider the negative feedback from potential investors.  They are on your side; they too want to build a huge success.  Let them help you avoid wasting your time.

3. Building a company is as much about human psychology as it is about your technology. The single biggest cause of startup failure is founder disputes. The second is a lack of good leadership that translates into an inability to deliver a product on time or within budget. Engineering, product design, and marketing are creative knowledge work. It’s not a matter of just putting in the hours. If you micromanage your team, you won’t get their best work. But you do need to give them direction and purpose. Managing high-skill professionals–especially in Silicon Valley where they’re not necessarily deciding which company to work for, but whether to work for a company or start their own–is a really difficult thing to learn.

4. Recruiting is both your hardest and most important task as a startup founder. The best recruits are the ones you’ve known for a while and have worked with before. This is the single biggest reason to go work for a Facebook or a Google before starting your own company. A longshot candidate is one who is perfect in every way, but whom no one on the team has worked with before. It can be difficult to judge competency through interviewing, and cultural fit is just as important in a small company. You only find out cultural fit by spending lots of time with a person over an extended period.

5. Build relationships. Don’t optimize on a transaction-by-transaction basis. Careers are long and people have good memories. Ask whether negotiating hard on that deal term now will really help you later.