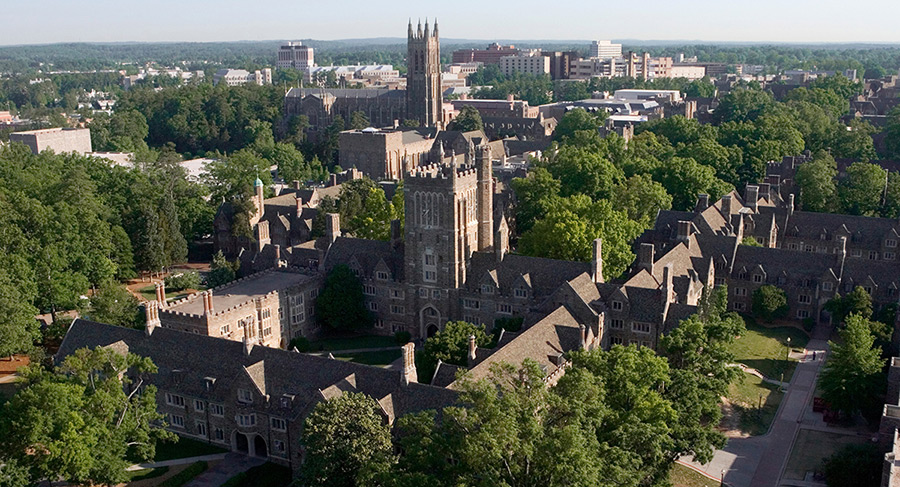 The total includes cash gifts from July 1, 2017, to June 30, 2018, but does not include pledges for future support and government contracts. It marks the second-highest amount ever raised by Duke in a single year.

“Duke’s ability to make a difference in the world is possible because of our alumni, donors and friends, and we’re grateful for their continued generosity,” said David L. Kennedy, who became Duke’s vice president for alumni affairs and development on August 13. “It is an honor to join Duke and to continue furthering the legacy of philanthropy and commitment from our donors to advance Duke’s extraordinary students and faculty, enhance facilities, and foster educational programs to deliver innovative solutions for local and global challenges.”

Funding for research represented the largest single category for private philanthropy, with $201 million in gifts and grants. In addition, donors contributed to financial aid for undergraduate and graduate students ($71 million); support for faculty and teaching ($19 million); and campus transformation, including new construction and renovation of facilities ($22 million).

This strong show of philanthropic support comes one year after the conclusion of Duke Forward, the largest fundraising campaign in the university’s history. The campaign raised $3.85 billion, surpassing its $3.25 billion goal in support of Duke’s 10 schools, Duke Health and a range of university programs and initiatives. In its final fiscal year, which ended on June 30, 2017, Duke Forward propelled the university to a record level of giving with $581 million in cash gifts.

— Financial aid: A $15 million gift from the A. James & Alice B. Clark Foundation to establish a new undergraduate scholarship program focused on leadership, service, and business and entrepreneurship at the Pratt School of Engineering.

— Humanities: A total of nearly $3.7 million was given by The Andrew W. Mellon Foundation to expand a strong humanities curriculum and forge new collaborations beyond campus.

— Judicial studies: A $10 million gift from Duke Law graduate Carl Bolch Jr. and his wife, Susan Bass Bolch, to endow a new judicial institute at the law school that’s dedicated to bettering the human condition through studying and promoting the rule of law. Duke and other donors will match the gift for a total of $20 million.

— Interdisciplinary education and research: A total of $2.25 million received from 37 donors and matched by $1.125 million from the Bass Connections Challenge to support interdisciplinary, team-based research through the Bass Connections program. New commitments included $1.5 million from former Duke Energy CEO Jim Rogers and his wife, M.A. Rogers, to launch a project focused on accelerating the deployment of sustainable energy and empowering the world through expanded energy access.

— Global food policy: A total of $5.9 million in grants was given to bolster efforts to improve global food policy, such as informing issues like malnutrition and food safety, at the Sanford School of Public Policy. Gifts included $5 million from The Duke Endowment, $600,000 from the William R. Kenan, Jr. Charitable Trust and $300,000 from the Blue Cross and Blue Shield of North Carolina Foundation.