Feel an argument coming on? Remember: It’s not about winning–it’s about reaching consensus. 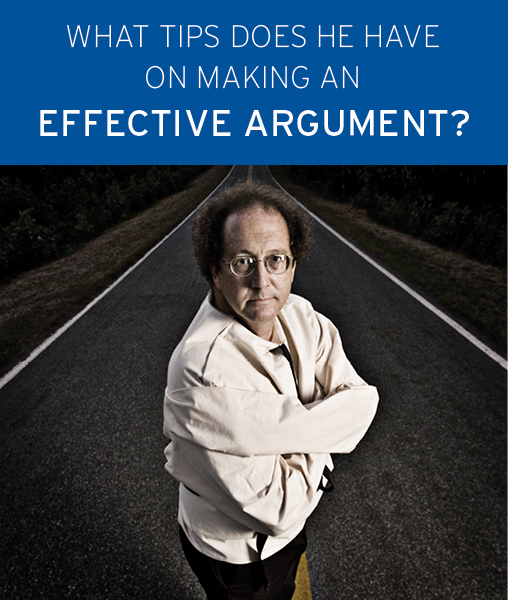 Last fall, Walter Sinnott-Armstrong, the Chauncey Stillman Professor of Practical Ethics in the Department of Philosophy and the Kenan Institute for Ethics at Duke, was surprised to learn that more than 180,000 students from around the world had enrolled in his online class “Think Again: How to Reason and Argue,” co-taught with Ram Neta, a UNC-Chapel Hill philosophy professor. Launched in late November, “Think Again” quickly became one of the most popular massive open online courses (MOOCs) ever offered by a university.

Duke has joined a number of universities offering free, not-for-credit courses through Coursera, an online learning platform. This year, the university will add courses from 10 additional faculty members. Sinnott-Armstrong and Lynne O’Brien, director of the Duke University Libraries’ Center for Instructional Technology, will appear on the “College Without Classrooms: Massive Open Online Courses” panel discussion at Duke Forward in Washington, D.C., on June 1. The gathering is the latest in a special series of events for Duke supporters to celebrate the university’s extraordinary past and exciting future following the fall launch of the university-wide Duke Forward fundraising campaign.

Sinnott-Armstrong, who is preparing for his second “Think Again” MOOC, which begins on August 26, says that the goal of an argument is not necessarily to win, but to encourage cooperation and consensus between two opposing points of view. Five tactics he suggests avoiding:

Pummeling your opponent. The goal of argument is not to make your opponent look foolish, but to enable understanding between opposing points of view. Instead of verbally beating your opponent, be charitable in your interpretation of his or her argument. If you can understand the reasons behind your opponent’s position as well as your own, you might be able to think of a way to compromise that will satisfy the main goals of both sides.

Rushing. It’s understandable to rush. But when you’re in a hurry, you tend to miss the most crucial points of an argument. To truly understand an argument, don’t just look for the main theme or gist. Spend time thoroughly analyzing each claim and each word.

Obscuring your point. Using language that is vague or ambiguous might prevent objections to your argument because opponents don’t know what to object to. However, this trick suggests that you don’t really understand what you’re claiming or the reasons for your claims, undermining your own credibility. Be as clear and precise as possible.

Making a circular argument. When you take a position that seems irrefutable, you may appear to win. In reality, it makes for an empty argument. For example, if you say “Real men don’t eat quiche,” you’re implying that any man who eats quiche is not a “real man.” While nothing can disprove your statement it also can’t be proved, which weakens your position.

Making assumptions. Most premises in arguments are not explicitly stated and are taken for granted. For example, if someone argues that our legal system should never use capital punishment because we do not know that capital punishment deters crime, this argument assumes that we should never use a punishment unless we know that it deters crime. Explain each claim you make to present a cohesive argument, and help your opponent do the same. Doing so will allow you both to properly assess both sides of an argument and work toward consensus.