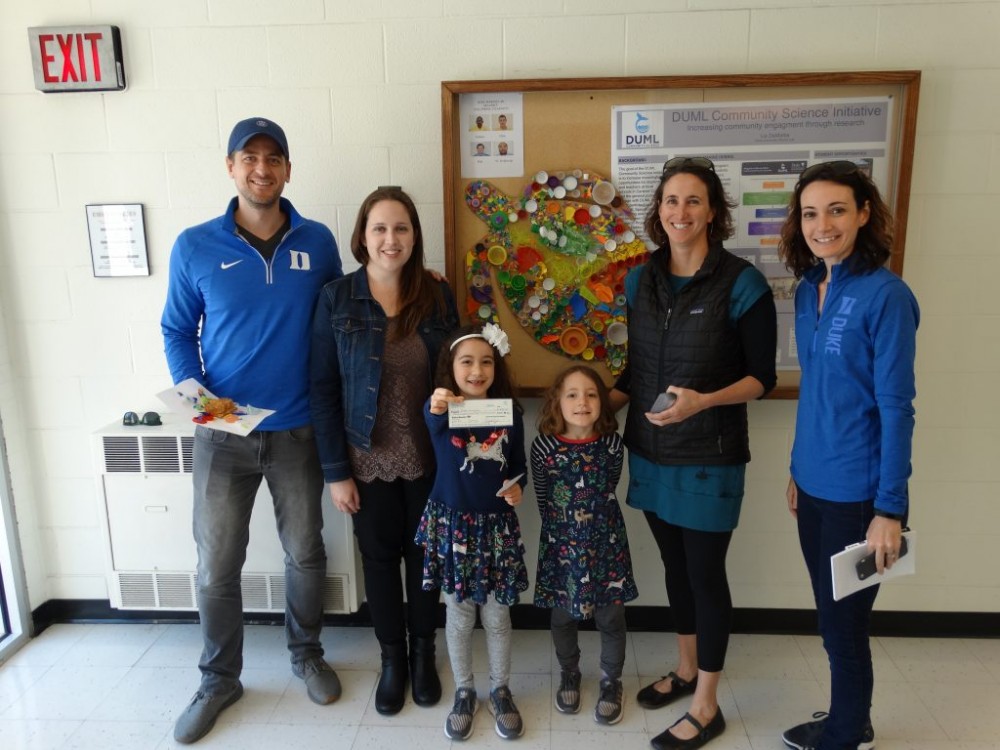 By Adam Tompkins
Nicholas School of the Environment

In late 2017, Duke alum Paul Younes (MBA’16) came across an episode of BBC’s popular series Blue Planet that showed the damage humans are doing to the earth’s oceans in the form of plastic and other pollutants. Appalled by what he saw, he decided to share the video with his family and friends via social media.

“I thought it was a horrible video and it should be shared, and it really had an impact on [my daughter],” he said. When Stella, his (then) 6-year-old daughter, saw the video, she was upset to see the effect man-made waste is having on marine life. Having recently donated to a friend who was collecting items for a local animal shelter in lieu of birthday gifts, she was inspired by the idea of giving back.

Stella decided that, instead of receiving presents for her seventh birthday, she wanted to raise money for an organization that would help clean up one of the things she adores most – the ocean.