Endowing students with the gift of opportunity 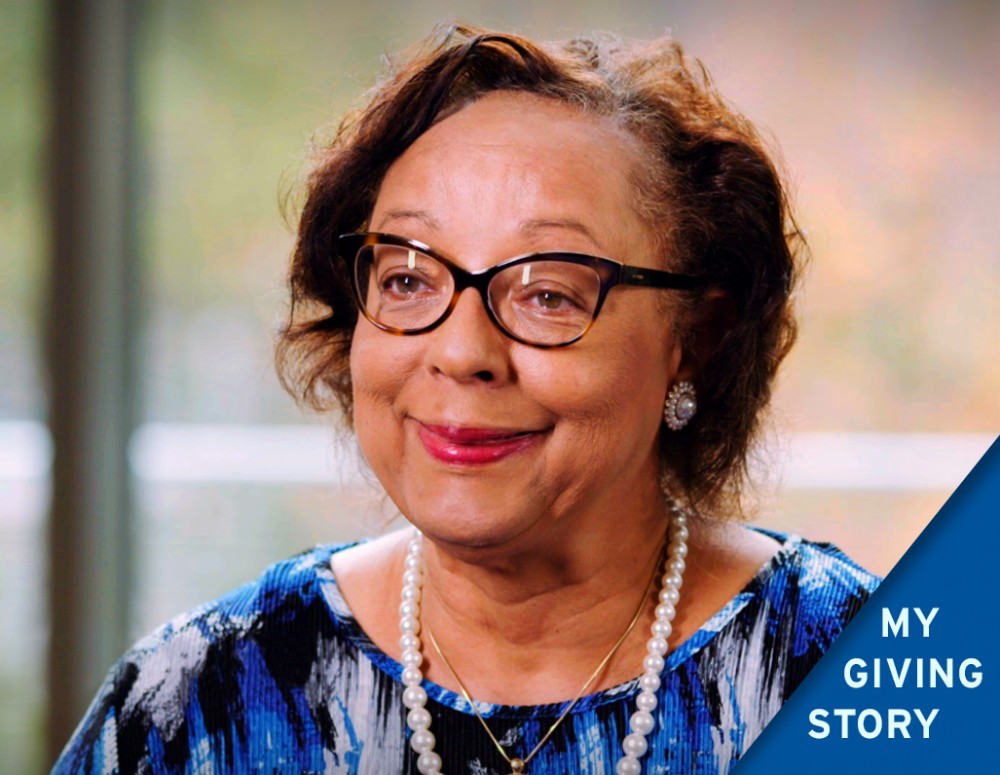 When Caroline L. Lattimore Ph.D.’78 embarked on her journey at Duke, she was elated to read the admissions letter from The Graduate School that said she would receive full tuition to study at the university.  What would prove to be even more noteworthy was the impact she would have during her 43 years at Duke on the lives of so many students both undergraduates and graduate students. She says: “To this day, whether in an airport, at a convention or abroad, I often hear: ‘Hello Dean Lattimore; remember me?’”

With the advice and wise council of Duke professor of education and psychology Lucy Davis, Lattimore entered the educational psychology program as a Ph.D. candidate in the fall of 1974, a year when Duke’s undergraduate population had only 4 percent Black and African American representation.

She quickly became enamored with the bountiful resources available to Duke University students. From the long rows of research materials in Duke Libraries to the ecumenical ministry at Duke Chapel, Lattimore knew she had come to someplace special. She was also witness to change in motion around her including student demands for increased enrollment of students of color, an African American cultural center, more Black faculty, the addition of Black Greek organizations and enhancement of African American Studies.

While Lattimore was a graduate student, the charismatic and gifted sophomore Reginaldo B. “Reggie” Howard was elected as the first Black president of the Duke University undergraduate student body. Howard’s sincerity and political brilliance inspired the students around him to believe in his vision. However, soon after he was elected, he was tragically killed in an automobile accident. Lattimore would later work closely with students, friends, professors and his family – including his parents William and Eldeka Howard, who were from Panama but lived in Columbia, South Carolina; his sister Tanya Howard Lee (attorney); and brother William Howard, Jr. (architect) in Atlanta – to establish a memorial scholarship bearing Reggie’s name to honor exemplary students of color and/or of African American descent.

“Just coming out of the civil rights movement, there were still a lot of things we needed to do as a nation to integrate the people of our country,” said Lattimore. “And certainly at Duke, we wanted to make sure that African Americans and minority students had an opportunity to come here.”

The collective vision of undergraduate student leaders, the Black Alumni Association, the President’s Council on Black Affairs and Minority Affairs staff was realized in 1983 when the Mary Lou Williams Center for Black Culture was established on the campus of Duke University. Lattimore said: “It was an honor for me to spearhead the development of the floor plans, hire its first director (Dr. Edward Hill) and to assist undergraduate students and leaders (Marquette Chester) with naming the center in honor of the prominent jazz innovator, pianist and composer.” Mary Lou Williams had been Duke University’s first artist-in-residence and a beloved member of the Duke community.

In 1991, Lattimore moved from Minority Affairs to Trinity College of Arts & Sciences as an associate dean to work more closely with undergraduate students. In her new role, she became known for her compassion beyond academics often helping students who were navigating difficult situations and in need of concentrated attention. She especially enjoyed providing guidance that pivoted all students including many athletes toward graduation and watching them thrive thereafter.

During this time, Lattimore also coordinated the Educators Institute, taught House Courses, assisted the Program in Education with foundation classes and assigned Duke students to the Durham Public Schools as specialized tutors – bringing her career as an educator full circle.

Although Lattimore served on more than ten University Committees, it should be noted that, in 1988, Lattimore began service on the Duke University Officer Education Committee as the single female and African American member working with all branches of the University ROTC programs. In 1991, with the recommendation of Dr. Pelham Wilder and Admiral Frank L. “Skip” Bowman, and with the approval of President William J. Clinton, she was appointed to the Defense Advisory Committee on Women in the Services (DACOWITS). In this role, she served as a civilian observer for women and men in the services world-wide.

“I had the opportunity to work with the Pentagon and go to Russia, England, Spain, Bosnia, Wake Island, Japan, Okinawa, Seoul, South Korea and the DMZ,” said Lattimore. “I visited military bases including some with Duke students who were on-site. I worked with the Pentagon to add to the quality of life for our men and women in the service and became chairman of the Quality of Life Committee for DACOWITS.”

Above all, Lattimore wanted students to know that Duke, their experiences and their education would serve them well in life long after graduation.

“As the critical mass of undergraduate African Americans at Duke grew from five percent to nine percent to more than twelve percent, I was privileged to hear and see minority students ask for more representation including additional Black faculty, African American courses and the culture center. I witnessed the growth. We wanted to ensure that Duke recognized the heritage and background of all students,” said Lattimore.

In the class of 2021, Black and African American students make up 13 percent of the incoming class. More than half of the class identify as students of color.

Dean Lattimore retired formally in 2010, but worked in Trinity College until 2014. In 2016, Lattimore used an IRA charitable rollover to establish an endowed fellowship at The Graduate School. She had contributed over 43 years at Duke as an academic leader and had altered the lives of thousands of students who walked through the Gothic doors on campus. She had seen Duke change as an institution and was a contributor and catalyst for some of those changes in the University.

For Lattimore, successfully mentoring young people came down to one premise: “We wanted to make sure that you (students) felt comfortable here.” Because to her, that was delivering on Duke’s promise.