Maturity and the meaning of life 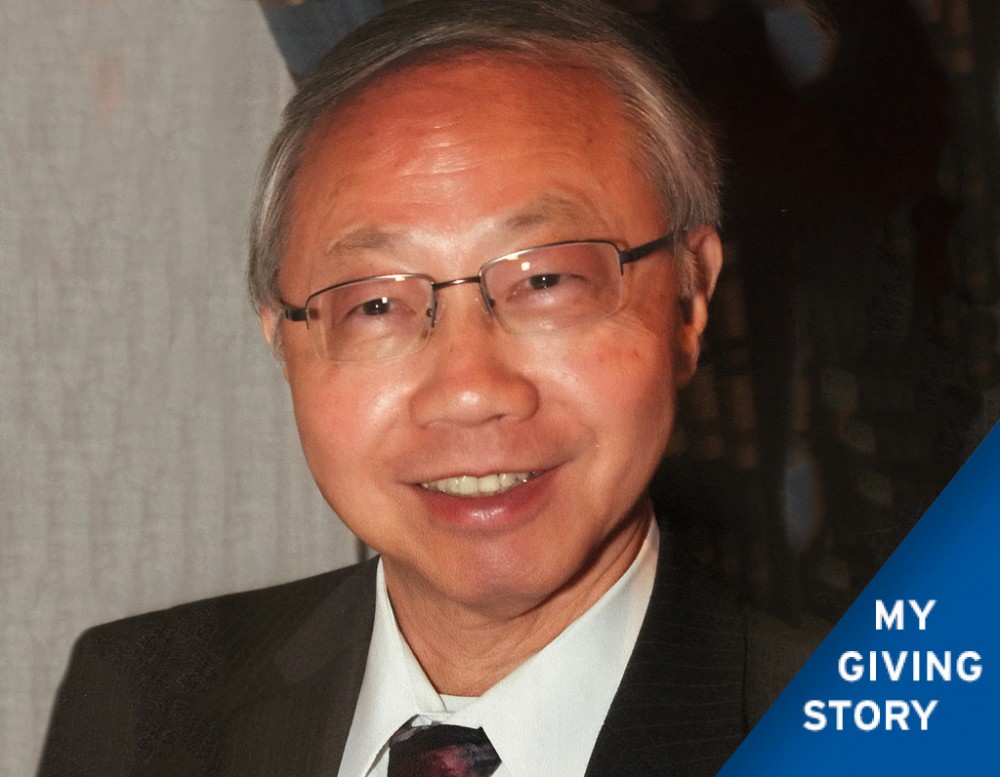 Chun Lam has spent the last decade contemplating the meaning of life. After careful consideration, he’s arrived at the conclusion: The part of us that lives on after we are gone is what we give back.

“As I become older, I have started to get more philosophical about the world. We are not here for a long time, we are here for a meaningful time. As we get older, we realize the mortality of our lives,” said Lam.

Lam left Hong Kong when he was 18, after he graduated from high school. His parents had moved to Hong Kong from a small, poor farming village in China. His father had only a few years of education; his mother was illiterate. As one of eight children in the family, Lam’s parents were unable to financially support his pursuit of higher education. Lam came to America with just $200 in his pocket, determined to build a better understanding of the world. It was admiration for a different environment—the political and socioeconomic opportunity of the United States—that brought Lam to Duke.

But Lam’s path wasn’t always straightforward. He started his liberal arts education at Furman University in the 1960s when racial divides were obvious to him as an outsider. The American public was also becoming increasingly resistant to the Vietnam War, which Lam saw as a source for discussion and stimulation. Within these considerable circumstances, Lam saw the opportunities before him with increased clarity. He developed a keen interest in engineering and was urged to consider Duke. After one look at the Duke Chapel, Lam was in awe.

He believes it was a certain mix of destiny, fate, and guts that ultimately lead him to Duke. Three times in fact.

Lam graduated with an engineering degree in 1971. He studied briefly at Princeton, earning an M.S.E. in information science and systems—but eventually, he returned to Duke to earn an M.B.A. from The Fuqua School of Business in 1974. Then he went on to work—before returning again to Duke to earn his Ph.D. in 1977. He’s thankful to have a wife who has always been supportive, and three sons who, at times, tire over his quest for meaning. One son, Jon, also graduated from the Pratt School.

“I have started to realize that we don’t own anything,” said Lam. “We are just custodians of some materials in this world. We are custodians of maybe some experiences in life. Then it goes on to the next generation.”

In this journey of shaping the man he is today, Lam found his inspiration for giving to Duke. He established two gift annuities for scholarships for students at the Pratt School of Engineering and The Fuqua School of Business.

What inspired you to make your gift to Duke?

I was very lucky and fortunate to study at Duke. Coming from a very humble background, I am very appreciative of those opportunities. Land and property change names, so we have to think past them, to the next generation. I hope to pave a path that I did not have when I first came to this country. I hope that someone in the future will now have the opportunity to pursue their dream, to pursue their meaning of life.

How did your time at Duke shape you as a person?

I still remember a number of professors at Duke. I was taking a class in economics. I had an A+; I did very well. I was so interested that I thought about dropping out of engineering. And then I talked with David Black, a young assistant professor who talked me out of it.

He said, “Chun, you are an engineering student. You have a very good quantitative background. You can pursue economics later on in graduate school if you want—stick with it!” I’m so glad that he convinced me to stay. The attention and training at Duke are unlike anywhere else.

Any advice for undergraduates?

I’d start with an old adage: Dream and be determined. Be persistent and focused, and never give up. These are the principles that guided me to move forward.

Each of us, especially those of us who have been lucky enough to attend Duke, has the ability. There’s going to be hard work and sacrifice. There’s going to be choices that each one of us has to make to move forward. I don’t have any magic or anything. To experience life’s fullest: You are who you become, and you become who you are.