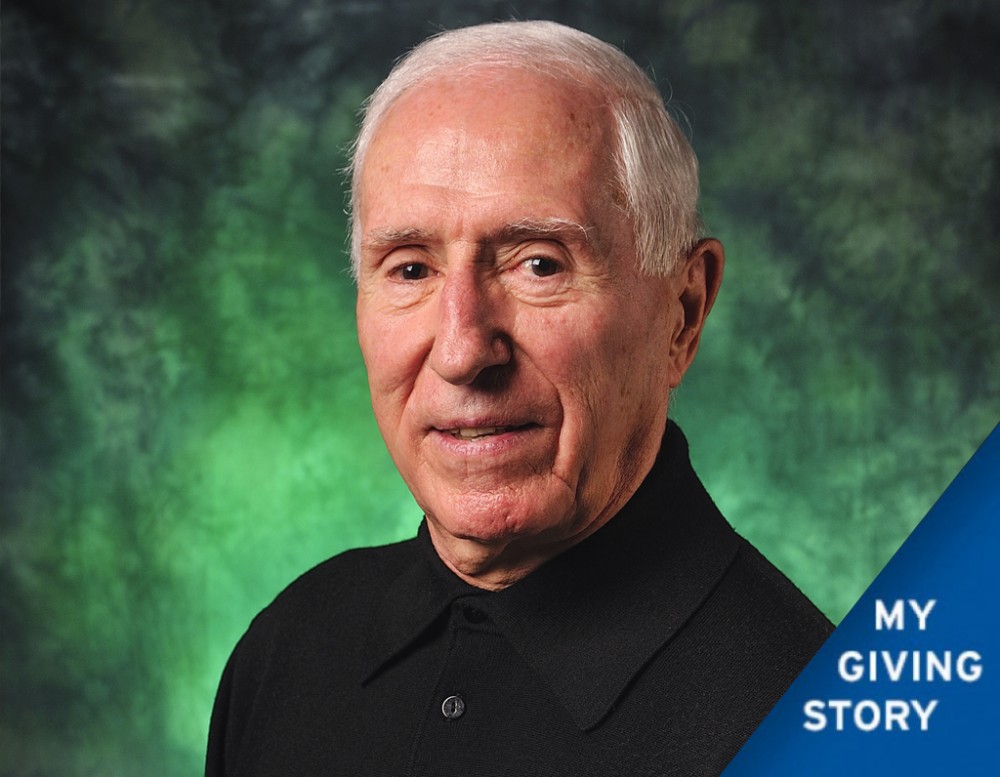 After working for 40 years as an oral historian and a professor of history at the University of North Texas (UNT), Ronald Marcello keenly remembers being a Duke graduate student and conducting his first oral history interview. In fact, he remembers everything about his time at Duke University because the experience changed his life.

In order to finish his Ph.D. dissertation at Duke, Marcello needed to find additional information about the Works Progress Administration (WPA), a New Deal agency established in the 1930s to employ Americans during the Great Depression. Duke history professor I.B. Holley recognized that many of the subjects Marcello needed to access were still living and advised Marcello to seek answers firsthand. To supplement his research, Marcello began conducting personal interviews.

“He taught me how to do history, and I’ll emphasize ‘do.’ Learning how to think like a historian and how conduct research, that was quite a transformation for me,” said Marcello.

Recording history from the source, Marcello first conducted multiple interviews with George W. Coan of Winston-Salem, who headed the WPA in North Carolina in the 1930s. But Marcello still needed more sources to complete his research. This time, he turned to his academic advisor, Robert Durden.

Durden told Marcello to occasionally take breaks and walk through the open stacks of books in the library to look for new research connections. After spending so much time in the library that it became almost like a second home, Marcello finished his research and dissertation. He graduated from Duke with an A.M. and Ph.D. in history in 1965 and 1969, respectively.

Marcello went on to refine his craft, conducting more than 1,500 interviews over the course of his career as the director of the Oral History Program at UNT. The hardbound transcripts, part of the university archives at UNT, have been used by researchers for over 100 published books.

As he talks about what Duke and oral history have taught him, the key takeaway for Marcello is preserving knowledge that would otherwise be lost.

“Most people we interviewed would never write down their thoughts. Most World War II veterans had a limited education; they were products of the Great Depression,” said Marcello. “Oral history gives them a rather painless way to verbalize what they saw, thought and did.”

Marcello placed great care in the questions posed and the words recorded, like those of Abner Haynes, the first African-American admitted into the college football program at UNT and a professional football champion in the AFL and NFL. His work with Haynes resulted in more than 800 pages of transcript. Marcello also built lasting friendships with subjects after the tape recorder had stopped and the questioning was over, including with members of the Texas National Guard unit who were captured in Java during World War II and used as slave laborers to build the “railroad of death” in Burma.

Conducting research by interviewing subjects and balancing the written sources with interpersonal relationships were skills Marcello honed at Duke – and became signatures he would utilize throughout his career. For his work, Marcello won the Thomas L. Charlton Lifetime Achievement Award from the Texas Oral History Association.

In 2011, Marcello established an endowed library fund to help Duke acquire primary and secondary materials on American history. Marcello has designated a bequest, several gift annuities and retirement account assets to this fund.

What inspired you to make your gift to Duke?

Show me a great library, and I’ll show you a great university. The library is the heart and soul of any university. Sooner or later, every student needs to go there.

Coming from a small town in Pennsylvania, my first impression of the Duke Libraries was, wow! I had never seen anything like it. I conducted 80 percent of my research for my dissertation in the Duke Libraries and received an outstanding education and intellectual experience.

Duke took a chance on me and supported me. I received two university scholarships and a Southern research fellowship while attending Duke. Now it’s my time to support Duke.

What’s one of the most memorable moments of your Duke experience?

My roommate and I were both nearing the end of our time at Duke. We were job hunting in New York because the American Historical Association was meeting there. We didn’t have much money, but my roommate had a friend with an apartment on the Avenue of the Americas. We arrived at about noon and went up to get the key. When we came down, somebody had already broken into our Volkswagen Bug and taken all of our clothing.

I had interviews lined up at the hotel where the convention was meeting. That’s when I ran into Duke’s chair of the history department, Richard Watson. We were about the same size, so he offered to lend me a sports coat. I bought a 50-cent tie off the street, and that’s how I went to my interviews.

My professors were caring people. They were very understanding. And they were willing to give students much individual attention.

Any advice for undergraduates?

Engage. Discover. Transform. You have a unique and unparalleled opportunity to realize your full potential at Duke. Duke is one of the greatest universities in the United States. Take advantage of it!