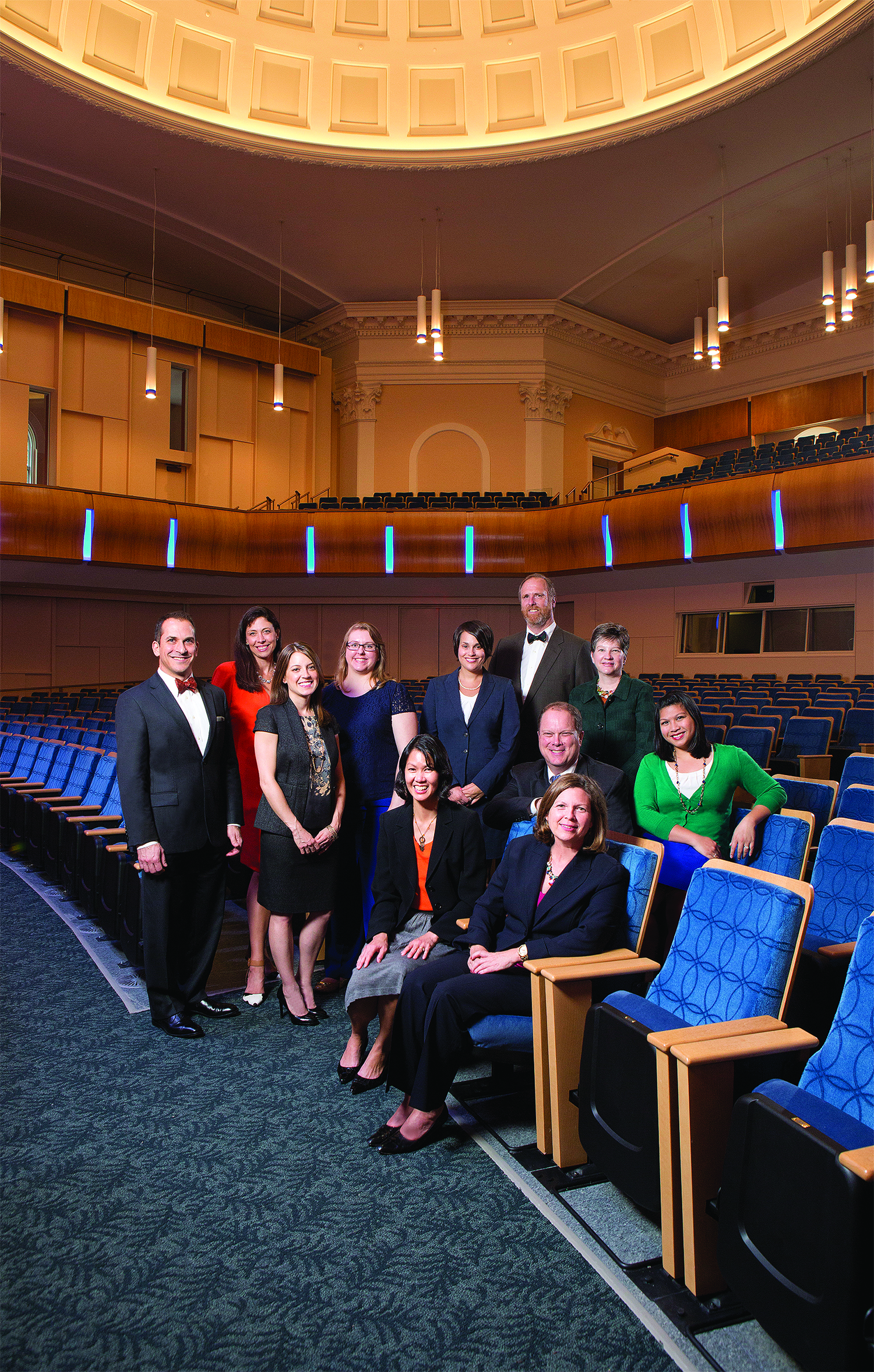 In fall 2013, Baldwin Auditorium reopened on Duke’s East Campus after being closed for nearly two years for extensive renovations.  The 87-year-old campus treasure and veritable temple of acoustic music is a premier recital venue for students, artists and local community groups.  The extreme makeover included an upgrade in comfortable and accessible seating, a wrap-around balcony and a vastly improved stage and acoustics. Now ready for its close-up, Baldwin is not only a world-class concert venue from a performance standpoint – it’s a gorgeous one, too!

Take a look at this YouTube video documenting the transformation of Baldwin Auditorium:

The $15 million renovation, which included a complete gutting and reconstruction of Baldwin’s interior, was made possible as part of an $80 million grant to the university by The Duke Endowment.  The Duke Endowment’s mission is to carry forward the vision and legacy of James B. Duke, one of the great philanthropists of the 20th century and the namesake of Duke University.  Read more about The Duke Endowment’s work here.

The Duke University campus features many historically significant venues that, like Baldwin Auditorium, add to the daily lives of our students, faculty, and greater community.  We rely heavily on the support of our alumni and friends to ensure that these historic places remain operating at peak performance. It is your generosity that allows campus treasures like Baldwin to be enjoyed by our community, now and in the future.

In the year since Baldwin Auditorium’s reopening the performance venue has been getting rave reviews. In fact, Duke’s Gift Planning staff loves the new and improved Baldwin so much, we decided to take our holiday card picture there this past year.

What a handsome bunch!

Next time you are on campus, be sure to visit Baldwin. Or, even better, check out a performance there!