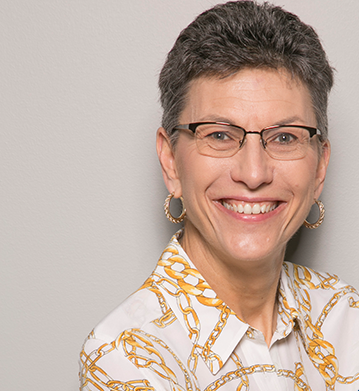 Through smarts and persistence, Carol Ensinger ’82, Ph.D.’88 made a career of breaking down gender bias. In her retirement, she is teaching others to break through their own barriers to success.

Ensinger entered Duke a semester late, but was determined to graduate with her class. She met resistance not only to that plan, but also to her goal of majoring in chemistry. In the early 80s, few women were pursuing a career in this field. The dean of freshmen at the time was unconvinced that Ensinger could complete the difficult chemistry coursework she needed to catch up.

Determined, she pressed on. After some cajoling, the dean finally gave her the name of a chemistry professor who could map her path forward. Little did she know this was a moment that would change her life.

That professor turned out to be her mentor and a lifelong friend.

Legendary professor Pelham Wilder Jr. was one of the reasons Duke’s chemistry department was highly regarded. Wilder instantly recognized Ensinger’s grit. He helped her plan how to reach her goal, and served as her advocate. She steamrolled through the undergraduate curriculum, defiantly achieving her goal to graduate with her class. Next, she decided to pursue her doctorate in chemistry. “I continued on to grad school because I realized I had only just started learning chemistry with a bachelor’s,” Ensinger said. “I wanted to know more.”

She became Wilder’s trusted teaching assistant, grading papers, tutoring, and leading labs. Ensinger’s Ph.D. led to a 25-year career in pharmaceuticals, working in research and development and improving manufacturing processes. She broke down more barriers in her path, rising to the director level. Ensinger stayed close with Wilder until his death in 2012 at age 92.

Now, Ensinger is channeling Wilder as a tutor of chemistry, physics, and math to students in high school and college, and adult learners returning to school. “It fills in gaps in their science education, chemistry being one of those that they need,” she said. “They appreciate that they are not being tutored by someone younger than they are.”

Early in her career, Ensinger worked as a hiring manager in pharmaceuticals and noticed that the quality of candidates was declining. Wilder confirmed her suspicion that the shortage of qualified bachelor’s and master’s degree holders was real. “I thought, “Where’s the next generation of graduate students?” she said. “Where are our future teachers?”

“I was only 38, but I soon figured out what needed to be done,” Ensinger said. “I decided to set up a planned gift—a bequest in my will—to establish an endowed professorship that would allow someone to simply teach.”

What led you to Duke as an undergraduate?

I was originally from Eastchester, New York, and wanted to be away from home. A lot of my family went to school nearby in Vermont, and I really wanted to have my own experience, separate from family connections. A neighbor who was older than me went to Duke and really enjoyed it. I did some research and learned that Duke was ranked very high in the nation for chemistry, which was what I wanted to study. I went for a visit and fell in love with the school. It offered challenging and engaging academics, plus I was a sports fan, and I loved having that outlet to enjoy during my free time. Duke was the whole package for me.

My time as a graduate student was very different from my experience as an undergrad. The faculty who taught graduate students were not the same instructors I had as an undergraduate. It was like there were two sides to the faculty and a totally different learning experience. It really cemented my feelings for Duke, and I felt even more connected to the school. Throughout my entire time at Duke I was aware that I was having a transformative experience for which I am eternally grateful.

Why did you set up your planned gift in Pelham’s name?

Pelham was a dear friend to me. I had a special relationship with him. He became my mentor early on, and I believe he was the key to my success at Duke and beyond. He believed in me whole heartedly and helped me accomplish my dreams.

He viewed talent as talent and not as male and female. I think what he saw in me was a genuine passion for chemistry. It had nothing to do about the physical wrapper it came in. That’s how he was with everybody.

Greg’s work includes publications, proposals, reports, collateral materials and web content. He joined University Development in July 2012 after a stint with Duke Medicine Marketing & Creative Services. Before that, Greg worked as editor of Wildlife in North Carolina magazine, and spent more than a decade as a sportswriter covering everything from Little League to ACC basketball. A North Carolina native and lifelong resident, he holds a BA in journalism from UNC-Chapel Hill and lives in Durham with his wonderful wife and two young sons.